Jim Clyburn isn’t one to stick to a script.

The House Majority Whip from South Carolina is credited with single-handedly transforming the presidential race by endorsing Joe Biden just before the first in the South primary, even in the face of progressives who pressured him to stay out of it.

For that, Biden the candidate is forever grateful.

Now that Biden is president though, Clyburn’s bold, in-your-face style, isn’t playing the same. While the president himself holds his longtime friend and confidant in the same regard, the congressmember has privately drawn the ire of some White House officials, several sources tell POLITICO.

But if Clyburn’s style is irking officials in the West Wing, he has no qualms about it. “I don’t like people telling me how important I am,” the 80-year-old congressmember said in a sit-down interview with POLITICO. “You gotta show me.”

Clyburn is trying to put his stamp on the course of the Biden presidency and isn’t shy about it. He complained about a lack of diversity in Biden’s initial Cabinet rollout and pushed specifically for ally Marcia Fudge to get a position in the administration. He’s made his pick for Supreme Court Justice known even before there’s a vacancy. He joined other House Democrats in urging the administration to elevate Shalanda Young to the Office of Management and Budget to become the first Black woman to head the department.

Clyburn says he’s merely speaking for African Americans who played a pivotal role in winning the White House and the Senate for Democrats. They deserve an advocate, at a minimum, he stresses, and a seat at the table as well. And for all the pushing he’s done, he also, early on, praised the White House and the president himself for keeping their promises on putting together a diverse team. But to a hyper-disciplined White House messaging operation, Clyburn can occasionally be too blunt with his critiques and analysis.

Because Clyburn is so widely credited for shifting the trajectory of the presidential race with his endorsement of Biden, his public statements and demands carry added significance — treated as dictums from the high council of Biden land. If they are off-message, they can trigger a flurry of headlines and questions to the White House.

“The Congressman has had access and power within other presidential administrations but he’s never been anointed as the person who put the president to where he is today,” said Amanda Loveday, a South Carolina-based strategist. “That just gives him another, larger portfolio of power when it comes to making suggestions and recommendations.”

Clyburn’s influence is apparent throughout the party today. He easily got his pick for national Democratic National Committee chair — Jaime Harrison, who became a national star after building a fundraising juggernaut in his unsuccessful bid to oust Lindsey Graham from South Carolina’s U.S. Senate — into the post. Clyburn has also pushed for more diversity in Biden’s Cabinet, creating a narrative that influenced internal deliberations around the nominee selection process. Even before Biden took office, Clyburn was privately agitating the incoming administration to tap the National Guard to administer vaccinations as quickly as possible and for heavy flow of early executive orders, including around Covid mitigation efforts like mask mandates — two strategies the White House has deployed.

Clyburn said he urged his close ally and friend, former Rep. Cedric Richmond of Louisiana, to join the White House. Richmond, who stepped down from his congressional post, is now a senior adviser in charge of public engagement. He and Clyburn still enjoy a close relationship, talking often and dining together. Perhaps most importantly for Clyburn, however, is that he retains the backing and support of the president himself.

“The President has spoken warmly and frequently about his long friendship with Congressman Clyburn, and how much his support has meant. President Biden and the White House have remained in close touch with Congressman Clyburn and his team, and always welcome his input on everything from personnel to policy,” said White House Press Secretary Jen Psaki.

A person with knowledge of the relationship confirmed that the relationship between Biden and Clyburn remained solid: “If there’s beef and Biden knows about the beef, he wouldn’t hesitate to personally call Clyburn about it.”

But while Biden and Clyburn remain close, the congressmember has ruffled feathers inside the building, especially amid battles over personnel. Tensions flared up when Fudge lobbied to be secretary of Agriculture and told POLITICO she was tired of Black officials being relegated to places like the Department of Housing and Urban Development. Fudge did indeed win a Cabinet appointment — to head HUD — after Clyburn aggressively campaigned for her. But some in Clyburn’s world felt that the White House was upset with them for going public with the Fudge request.

Two sources with knowledge of the White House’s thinking said some top officials felt stung by Clyburn’s public criticism about concerns of a lack of diversity in the administration. And despite his so-called kingmaker status after the election, sources close to Clyburn and other members of the Congressional Black Caucus say the limitations of Clyburn’s influence with members of the White House beyond the president have become more apparent after the Fudge episode and continued push for Young to lead OMB. 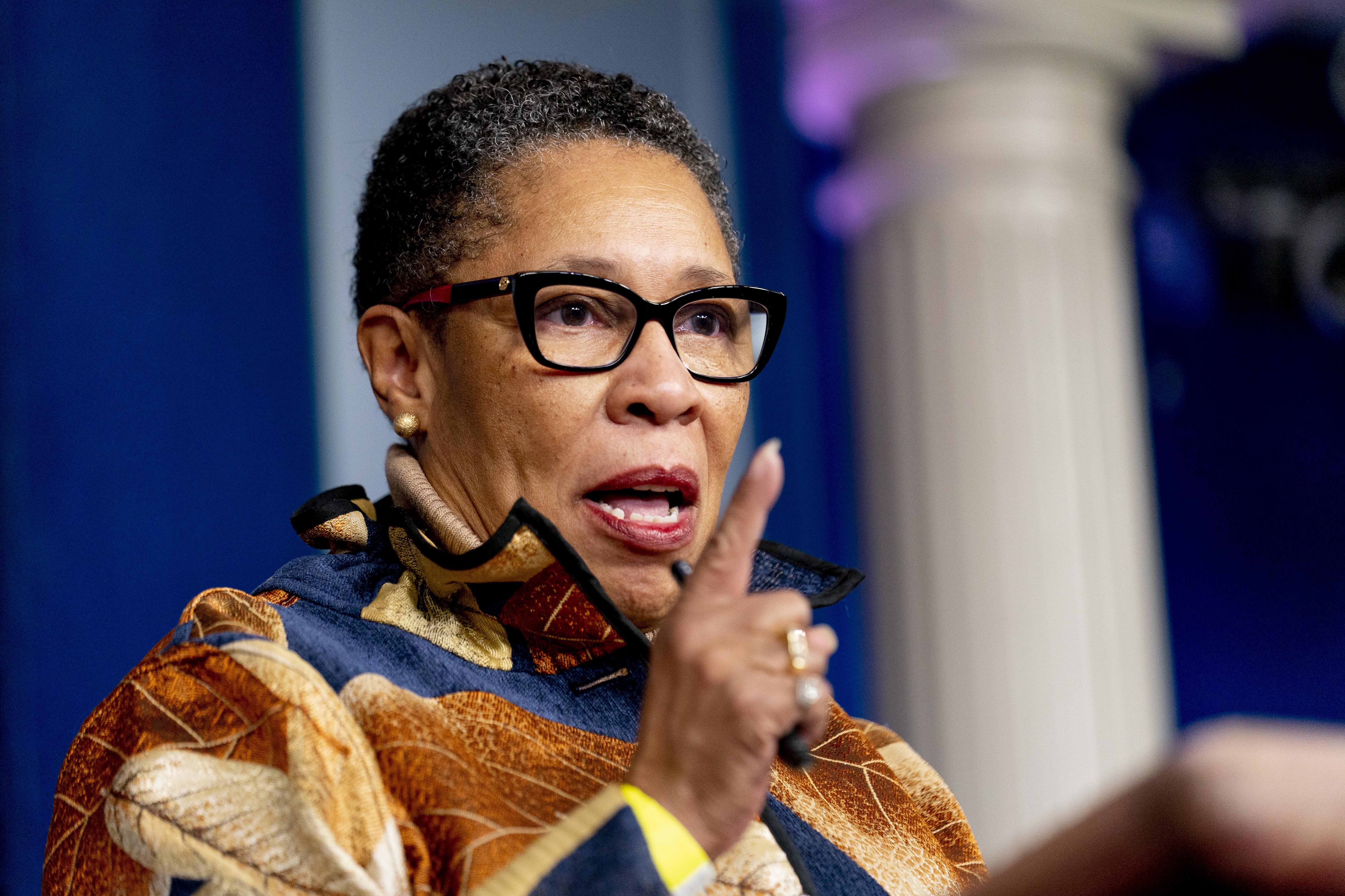 Some of the tensions predate the launch of the Biden presidency. During the campaign, Clyburn openly challenged Biden campaign manager Jen O’Malley Dillon’s decision to halt in-person canvassing during Covid. And as O’Malley Dillon took a top-level White House position he questioned “her kind of politics.”

“The reality of Jim Clyburn is he’s a team player but he’s not going to be muzzled in any way,” said Dick Harpootlian, a South Carolina state senator, former party chair, and 40-year friend of Clyburn’s. “Jim Clyburn got to where he is because he never backed off, whether it was during the Civil Rights Movement or as a college student, getting arrested as a college student.”

The elder Clyburn’s goal in the election was to help Biden get elected. But now that he’s in the White House, he feels a responsibility to hold the president and his administration accountable for his promises.

“The sentiment of diversity in the Cabinet or the Black female Supreme Court pick, all of those things came from the public. He didn’t wake up from a dream and say ‘we need a diverse Cabinet,’” Reed said. “There were several entities expressing concern about the Cabinet being diverse. It was stated by the campaign. Candidate Biden promised diversity. The only thing we wanted as the general public was to see follow through on that.”

For his part, Clyburn said he sees his role now to fight vigorously for Biden’s agenda, and said he and Biden retain a strong relationship. He said Biden has demonstrated he’s committed to diversity, including a pledge to name a Black woman to the Supreme Court. And he says the president has called him several times since he was in the White House.

“Everytime he calls me, I talk to him,” Clyburn says, adding that Biden "doesn’t have to ask” for his support on certain legislation. Clyburn says he knows Biden’s platform and is ready to support it, saying his role is “to work as hard as I possibly can to get the legislation passed that needs to be passed.”

On a recent day inside of his Capitol office, Clyburn reflected on his role in the last election.

It impacted him on a personal level. As he shared the story of how he came to that decision to support Biden, Clyburn shared that his late wife, Emily, who died nearly six months before the South Carolina primary urged him to do so.

When Clyburn announced his decision, the pushback at the time, though, was fierce. Social media lit up with what he described as nasty and somewhat threatening language. It left his daughters unsettled, he said. For his part, Clyburn shrugged off the pushback, but one online comment stuck with him.

Clyburn previously told POLITICO he had decided to endorse Biden months before the South Carolina primary and that the campaign had pressured him to go public with it earlier in the cycle. Clyburn said he resisted because he thought his voice would be far more influential until just before voting there began. He was right.

“He turned the tide during a time that was absolutely needed,” Loveday said. “It wasn’t just what he did, but the timing that he did it, but the commitment with which he did it.”

Clyburn’s latest vocal push is feverishly calling for filibuster reform, which he views as a critical step in implementing the agenda that Biden promised to voters, chief among them African Americans.

“Republicans modified it for Supreme Court justices,” Clyburn said. “It’s time for us to modify it for voting and civil rights.”

“I saw [West Virginia Sen. Joe Manchin] on TV the other day saying, ‘I’m not going to be for reconciliation because I’m considerate of my Republicans.’ Oh yeah? What about your Democrats?” Clyburn said. “I’m saying to him: the filibuster is like the constitution, it changes, it’s a living document. Times change, situations change. Slavery was constitutional.”

Reforming the filibuster is just one of Clyburn’s goals now that Biden has taken office. And whether it’s keeping a check on the White House and beyond, Clyburn said his philosophy is rooted in ensuring America remains on a path of racial and economic equality.

Laura Barrón-López contributed to this report.