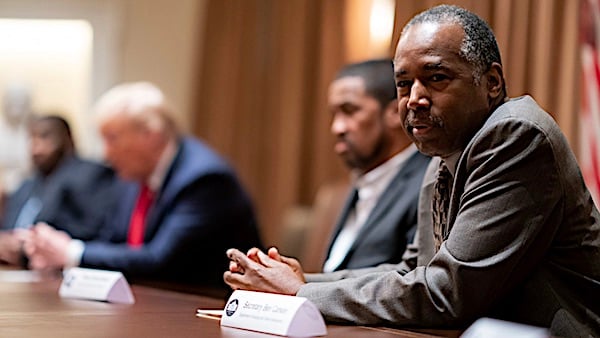 Carson said on “The Story with Martha MacCallum” that Trump’s Senate impeachment trial, which is set to start in February on whether he should be convicted of inciting an insurrection, “makes absolutely no sense whatsoever.”

“The man’s already out of office,” Carson said. “And yet we’re spending all this time and effort on that because we must punish him. And then the other side will say well, we must punish you. It’s like a bunch of third graders. It’s so, so tiring.”

The former Housing and Urban secretary said no problems will ever be resolved if people keep blaming and reacting against each other.

“What is a little troubling is people are always finding ways to stir up the problem so that we take our eyes off of the real issue,” Carson said.

The House voted 232-197 on Jan. 13 to impeach the president a second time, charging him with “incitement of insurrection.” Rioters breached the Capitol building on Jan. 6 during a march following Trump’s speech at a rally. The march into a deadly riot as some stormed the capitol during the certification of the Electoral College results of the presidential election.